In regards to a child’s cognitive development, there is one theory in particular that helps explain how children process what is right and what is wrong: Albert Bandura’s Social Learning Theory. The overall hypothesis of this theory is that individuals learn to recognize proper social conduct by a) taking note of past and promised consequences, and b) observing the behavior of others. We see this theory take shape in many different ways in daily life. For example, if you praise a child for saying “Please” and “Thank You” at the dinner table, he or she is more likely to continue the action than if the consequence was a scolding rather than a praise. While the Social Learning Theory can bring about positive results and can help shape young children into upstanding adults, there are potential consequences as well.

Since her debut in 1959, Barbie has become one of the most recognizable and iconic figures in America. Known for her Malibu Mansion, her garage full of cars, and her always fashionable attire, Barbie lives what is described as a “dream life.” However, it is important to remember that young minds are impressionable. A common critique of this iconic doll is that the figure of Barbie creates unrealistic expectations for young girls. For example, a life sized Barbie would have a neck twice as long and six inches thinner than the average woman (which would make it physically impossible for her to lift her head), and have a 16-inch waist—meaning she only has room for half a liver and a few inches of intestines!

As legendary as she is, having Barbie as a role model can prove to be concerning when it comes to a healthy body image. Despite many critiques on the dolls’ impossible figure, Barbie’s overall image has essentially remained the same since her creation in 1959. Though her clothes, hair, and accessories have adapted throughout the years, Barbie’s consistent, pin-thin figure is something parents should be wary of.

On top of growing up in the age of social media, young girls in today’s generation are becoming more and more exposed to the idea that there is a standard for beauty. As Bandura’s Social Learning Theory discusses, people tend to pick up on what is right vs. what is wrong by observing the world around them. Because of this, there is somewhat of a cause for concern regarding Barbie. So, the next time you see a young girl playing with a Barbie, make sure she knows that looking like Barbie is not the only way to achieve a dream life. 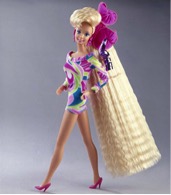 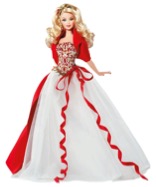 The Incredible Story Of Malala Yousafzazi: The Girl Who Was Shot For Going To School