When I meet someone for the first time and I tell them I live in Downtown New York, the inevitable question is, “Where were you on 9/11?”.

Ten years ago I was sitting in a cab at the traffic lights on the corner of Liberty and the West Side Highway—right opposite the WTC. I was on my way to my midtown office as the first plane hit. As large pieces of debris began to fall from the skies, I remember my cab driver saying, “What’s going on, I think there’s something wrong.” From where we were positioned we couldn’t see what was happening. I was running late and my first reaction was that I needed to get to my office. For a brief second I thought of returning to my apartment, but urged the driver to back up Liberty and drive down South End Ave to avoid the debris, to make a right turn to take the FDR uptown. As we drove, I was able to get a clearer view out of the rearview mirror and saw the great plums of smoke coming out of the South Tower.

The disbelief and horror that followed that moment was felt around the globe. As everyone in my company gathered around the TV in my office watching the terrible events unfold, our emotions ran from shock and fear, to disbelief and sorrow. I never once thought the towers would fall. Phones were still working for a short while and calls were coming in from friends and family around the world….then silence.

On this 10th Anniversary, I am looking out of my apartment window at the USS New York—the ships’ hull is made from steel from the remains of the Twin Towers—sitting eerily still on the Hudson River opposite ground zero as the families are reading the names of those who died on that unforgettable day. How can anyone ever forget 9/11 or where they were?

The events of that day will never leave us. Etched in our memories forever. 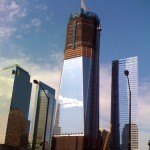 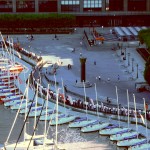 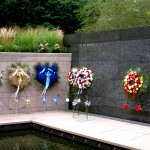 Natural Remedies for You and Your Family