How Important is Organic?

In this age of green juice and kale, it’s easy to be swept up into the mindset of ‘organic everything.’ The question is—do you really know what qualifies something as organic (or not organic), or what the actual difference is between organic and generic?

The health world can be overwhelming and can easily convince you of things that you have no background knowledge or understanding of. So today eco18 is going to be going through the facts for you, and examining exactly what the significance of organic food, and whether or not it’s worth it.

The general draw and claims of organic foods are that they’re safer (not exposed to pesticides or GMOs), more nutritious and better for the environment. But oh boy can they be pricy! According to helpguide.org, a few benefits of organic food are as follows: 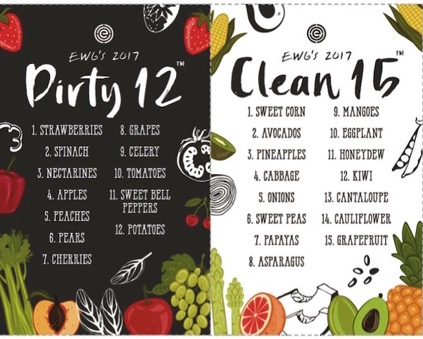 That all sounds great, right?! It sure does, but we also want to make this point clear: the best way to be healthy is to eat healthy. Organic food can be really expensive, so while we do encourage our readers to shop organic when available and convenient, we also encourage our readers to focus on eating the most nutrient rich foods possible—even if they aren’t necessarily organic. Let’s put it this way: A non-organic banana is still a healthier and cheaper option than a Pop Tart or brownie. So, while we acknowledge that the benefits of shopping organically far outweigh the negatives, we are also aware of the fact that these organic foods often come with a hefty price tag. So, we suggest taking organic shopping with a grain of salt. There’s no shame in shopping within your budget, even if that means buying non-organic produce, as long as you’re making the smartest and healthiest choices you can. We recommend cutting out processed foods and foods high in saturated fats over cutting out fruits and vegetables that aren’t classified as organic.

If you’re interested in making the move towards a more organic based diet, we suggest considering the “Dirty Dozen” as your first step. These 12 foods are the highest in pesticide residue, and are the most recommended foods to exchange for the organic option. It’s also important to note the “Clean 15,” which is a list that includes the least likely produce to contain pesticides. These foods include…

THE MOST AMAZING MARKETS ACROSS THE GLOBE

Happy 5 Recipes to Prepare for a Plant-Based...