Since 1920, America’s Cup racing has returned to New York City sponsored by Louis Vuitton. On May 7 & 8 of 2016, 6 sleek high speed boats manned by the top sailing crews in the world compete to gain points in the New York race that is one of 6 events planned towards the final competition for the 35th America’s Cup in 2017.

Teams from New Zealand, Great Britain, USA, Sweden, France and Japan competed on the lower Hudson River with dramatic views of the Statue of Liberty, The Freedom Tower and the Manhattan skyline in the background.

One team, the Land Rover BAR from Great Britain, has adopted the more sustainable way of sailing, hoping that by winning the America’s Cup in Bermuda, they will, at the same time, contribute to a cleaner and healthier ocean environment.

Although the sailing industry has not vigorously taken up the sustainable approach to their sport, Land Rover BAR felt they wanted to take the lead by implementing Life Cycle Assessment (LCA). LCA is a means of assessing the environmental and financial impacts related to all the stages of a product’s life cycle, from beginning to end, taking into consideration materials used, their processing, manufacturing, distribution, use, repair and maintenance to the final recycling stage. 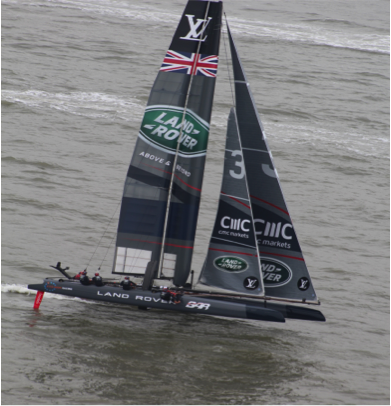 As seen on the GreenBiz website, Land Rover BAR has been quoted as stating, “When the team was forming, its goals were clear: Win the 2017 American’s Cup in Bermuda and do so in the most environmentally, socially and financially responsible way possible.”

Lets hope that that commitment to the oceans’ environment is taken up by more of this sport’s participants. It is a spectacular and dramatic sport to watch and even more so to participate in.

6 Tips to Cut Down On Food Waste