The one thing that stands out in my mind about the events of 9/11 is how angry I was. For many months after the event, I couldn’t shake it. It actually began to seem abnormal to me. Everyone was sad, grieving and weeping, yet I was filled with such rage, I went to a therapist for a while to try to understand my reaction. The whole city was on a knife-edge, the smallest things evoked panic. I remember a blackout that happened in the city after 9/11, it had everyone thinking terrorist attack. I guess looking back on it, it’s not surprising. The brain has a way of blocking out horrific things, which is a good thing otherwise we couldn’t function, but any event, large or small can trigger those memories and render you helpless. So, can you heal a traumatized brain?

An article I read recently in Psychology Today, explains a lot of what I was experiencing in the days after 9/11. Basically, my brain was traumatized…so, can you heal a traumatized brain? Apparently so.

While reactions to trauma can vary widely, and not everyone will develop Post-Traumatic Stress Disorder (PTSD), trauma can change the brain in some predictable ways that everyone should be aware of, especially if you or someone close to you is struggling to cope after trauma. I wish I had known that, because knowing what was going on could have been really helpful! I would have realized that I was not a bad person for reacting the way I did, nor was I crazy or irreversibly damaged. Instead, I would have understood that my brain was traumatized and that it was functioning differently as a result of traumatic events. And that just as my brain changed in response to my past experiences with the world, it could also change in response to my future experiences. In other words, the brain is “plastic,” and we can change it.

What the article points out, is that trauma can alter brain functioning in many ways, but three of the most important changes appear to occur in the following areas:

1. The prefrontal cortex (PFC), known as the “Thinking Center”

3. The amygdala, known as the “Fear Center”

The PFC, or thinking center, is located near the top of your head, behind your forehead. It’s responsible for abilities including rational thought, problem-solving, personality, planning, empathy and awareness of ourselves and others. When this area of the brain is strong, we are able to think clearly, make good decisions, and be aware of ourselves and others.

The ACC, or emotion regulation center, is located next to the prefrontal cortex, but is deeper inside the brain. This area is responsible (in part) for regulating emotion, and (ideally) has a close working relationship with the thinking center. When this region is strong, we are able to manage difficult thoughts and emotions without being totally overwhelmed by them. While we might want to send a snarky email to a coworker, the emotion regulation center reminds us that this is not a good idea and helps us manage our emotions so that we don’t do things we regret.

Finally, the amygdala, a tiny structure deep inside our brain, serves as its fear center. This subcortical area is outside of our conscious awareness or control, and its primary job is to receive all incoming information – everything you see, hear, touch, smell, and taste – and answer one question: “Is this a threat?” i8*•f it detects that a dangerous threat is present, it produces fear in us. When this area is activated, we feel afraid, reactive, and vigilant.

What’s Going on in a Traumatized Brain

1. The Thinking Center is underactivated,

2. The Emotion Regulation Center is underactivated

3. The Fear Center is overactivated.

What these activations indicate is that, often, a traumatized brain is “bottom-heavy,” meaning that activations of lower, more primitive areas, including the fear center, are high, while higher areas of the brain (also known as cortical areas) are underactivated. In other words, if you are traumatized, you may experience chronic stress, vigilance, fear, and irritation. You may also have a hard time feeling safe, calming down, or sleeping. These symptoms are all the result of a hyperactive amygdala. At the same time, individuals who are traumatized may notice difficulties with concentration and attention, and often report they can’t think clearly. This, not surprisingly, is due to the thinking center being underactivated.

Finally, survivors of trauma will sometimes complain that they feel incapable of managing their emotions. For example, if someone spooks them, they may experience a rapid heart rate long after the joke is up, or may have a hard time “just letting go” of minor annoyances. Even when they want to calm down and feel better, they just can’t. This is in large part due to a weakened emotion regulation center.

What You Can Do Now

Changing the brain takes effort, repetition, and time. The best gift you can give yourself toward this goal is psychotherapy. If you’re ready to start that journey, look for a psychologist who specializes in trauma and PTSD, and who uses evidence-based methods that change the brain by working with both the body and the mind.

Also, consider adding a body-based or mindfulness-based technique to your daily routine, to help begin deactivating the fear center. This is a vital first step to healing, as when we are able to quiet the fear center, we are better able to work on strengthening and activating the thinking center and emotion regulation center. Two such exercises include diaphragmatic breathing and autogenic training. (Access free, guided practices of these techniques HERE.) The recommendation is to practice these techniques, or similar ones, for short periods of time multiple times per day.

Remember, practice makes progress, and even if you have not suffered any physical trauma, your brain is not making a distinction as far as trauma is concerned. 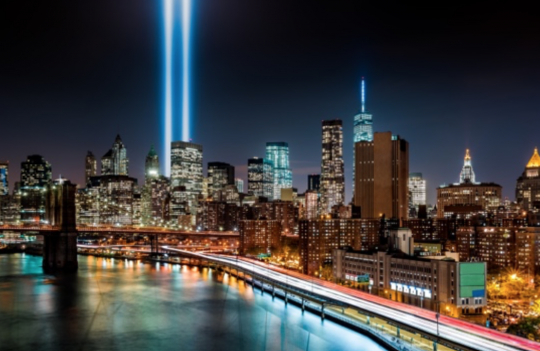 How to Shop Online While Still Being Green