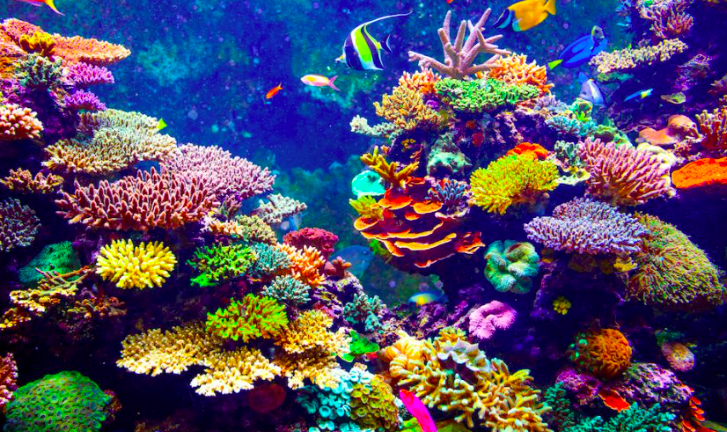 Ocean warming and the resulting acidification of coral reefs has been a major point of research for scientists in recent years. Increasingly, dead zones in reefs have also become a common phenomenon as climate change continues to wreak havoc on these delicate ecosystems. In dead zones, oxygen levels plummet so low, many animals suffocate and die. As fish avoid these zones, their habitats shrink and the become more vulnerable to predators or fishing.

But the problem goes beyond dead zones.

Even smaller oxygen declines can stunt growth in animals, hinder reproduction and lead to disease or even death. It also can trigger the release of dangerous chemicals such as nitrous oxide, a greenhouse gas up to 300 times more powerful than carbon dioxide, and toxic hydrogen sulfide. 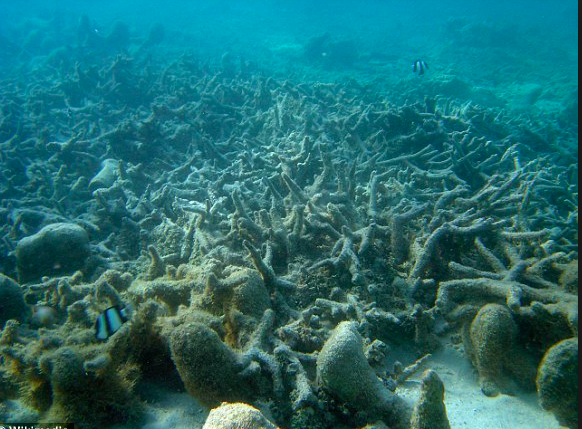 A 2017 by Smithsonian scientists published in Proceedings of the National Academy of Sciences revealed that dead zones affect dozens of coral reefs and threaten hundreds more. The research team observed a massive coral reef die-off near the Caribbean coast of Panama, hypothesizing that this event was caused by a dead zone, rather than by ocean warming or acidification.

Ocean warming and acidification are recognized as global threats to reefs and require large-scale solutions, whereas the newly recognized threats to coral reefs caused by dead zones are more localized.

In September of 2010, the team noticed that reefs in Almirante Bay, Bocas del Toro Province, were showing clear signs of stress. The corals were turning white and dying, which is indicative of coral bleaching caused by warming events. The scientists also observed a bloom of bacterial slime and saw the dead bodies of crabs, sea urchins, and sponges littering the ocean floor.

What the team found to be even more odd was the obvious depth line that separated the seemingly healthy part of the reef towards the top from the dying reef below. In measuring the water quality, they were able to determine that the deeper waters had much lower oxygen levels compared to water close to the surface. The team had found clear evidence of a dead zone.

According to the researchers, dead zones like this may be common in the tropics but have gone mostly unreported. This study shows the devastating impact dead zones are having on coral reefs in many tropical areas, finding 20 separate instances where dead zones are implicated in the mass mortality of coral reefs around the world. Despite this, the issue of low oxygen – more formally known as hypoxia – is rarely discussed as a threat to our reefs.

The authors of this study believe that increasing the capacity to monitor oxygen levels in reefs will ultimately help improve coral reef health and our understanding of the effects of dead zones. With so many threats to some of our most important and fragile ecosystems, it’s time to build on our understanding of how we can save them for the future.

Tasty Tuesday’s: Our Favorite Places To Eat Healthy In Chicago